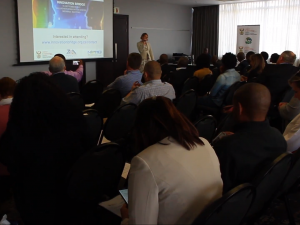 The Innovation Bridge Portal was launched at the 2017 IB event by the Minister of Science and Technology, Naledi Pandor. The portal lets you showcase, search and view available technologies, innovation opportunities, support services and facilities, as well as tools. It is an online platform that aims to accelerate connections and collaboration within the National System of Innovation and beyond and encourage greater interaction between innovators, industry and governments in support of the commercialisation of technologies.