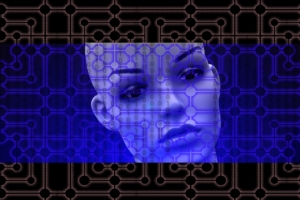 “We are both created and create. Why cannot our own creations also create?” mused the Honourable Judge Beach in the Federal Court of Australia’s decision in the matter of Thaler v Commissioner of Patents [2021] FCA 879.

The case concerned the now notorious (in IP circles, at least) artificial intelligence known as “DABUS” and whether inventions created by DABUS could be protectable by patent in Australia. DABUS was created by Dr Stephen Thaler and is said to have generated two inventions without any inventive input from Dr Thaler. Dr Thaler filed for patents around the world, listing DABUS as the inventor and himself as the applicant. The exercise, known as the “Artificial Inventor Project”, intends to test patent law’s suitability for protecting such inventions, and is spearheaded by Ryan Abbot of the University of Surrey.

Rejections of Dr Thaler’s applications were issued swiftly from the likes of the USPTO, EPO and UKIPO. Initially, Australia followed suit. Their patent office issued a formal rejection stating that a natural person was not named as an inventor and that DABUS is not capable of assigning the invention to Dr Thaler.

Dr Thaler sought judicial review of this decision and argued that he was the rightful owner of anything created by DABUS under common law principles of accession, much in the way that you would own the milk produced by a cow that you own.

The Australian court found that the term inventor, which is not defined in the Australian legislation (much like in SA), is an agent noun, and an agent can be a person or thing that invents. The court also stated that title can be derived from a non-human inventor without the inventor itself ever having owned the invention, in other words, the owner’s title can be derived from the inventor automatically and without an assignment. So it is not necessary to find that the AI itself has any kind of legal personality, such that it, for example, would be able to own property.

The court concluded that “an inventor as recognised under the Australian Patents Act can be an artificial intelligence system or device.”

Preceding this Australian victory for Dr Thaler by just one day was the grant and publication of South African patent no. 2021/03242 listing “DABUS, The invention was autonomously generated by an artificial intelligence” as the inventor.  So, there now exists a world-first granted patent for an invention created by artificial intelligence, and it was granted by South Africa.

While these filings have less to do with the need to protect and exploit the actual inventions and more to do with setting a precedent, the policy implications of the South African and Australian decisions warrant some investigation.

The main theory as to why we have a patent system is because it encourages innovation by providing legal protection for the output of that innovation so that innovators can recoup their investment in innovation and profit from it. Not every kind of innovation is protectable with the patent system, though. For example, business methods, purely mental acts, algorithms themselves and the mere presentation of information are excluded from patentability in most countries in the world. This is for policy reasons. In 1813 Thomas Jefferson wrote that patents should “draw a line between the things which are worth to the public the embarrassment of an exclusive patent, and those which are not.” In the case of business methods, for example, we have decided that there is enough incentive already to create new business schemes and methods and they are not worth to the public the embarrassment of a patent.

While the Artificial Inventor Project has precedent as its goal, what if DABUS constituted a trade secret belonging to one of the world’s “big tech” companies and could determine what to invent based on data in possession of that company? Or further, what if DABUS could create DABUS 2.0, an even better inventor than its predecessor?

When you consider the scalable nature of computing resources on which algorithms such as DABUS run, as well as the trillion-dollar-plus market capitalisation of some of these companies, it is not too hard to imagine “inventor farms” crunching data such as search history, purchase history, “likes” and the like to produce troves of new inventions ready for a patent. How would that impact competition in the open market?

But as with many policy considerations, there is an equally compelling counterpoint. Inventions made by AI have the potential to contribute to the advancement of humankind significantly. In the final report titled “Trends and Developments in Artificial Intelligence: Challenges to the Intellectual Property Rights Framework” prepared by the Joint Institute for Innovation Policy for the European Commission, for example, the authors observe with reference to two case studies in the field of drug discovery, that in certain industries, and for certain problems, inventive machines will become the norm. If we deprive inventions made by AI of the chance of being patented, what incentive is there for industries to invest in this technology?

Perhaps because of this potential and the need for incentive, Judge Beach concludes that recognising an inventor under the Australian Patents Act as being capable of being an artificial intelligence system or device is consistent with promoting innovation.

As things currently stand, though, patents can be pursued for inventions made by artificial intelligence in South Africa and Australia, but not in the United States, Europe and the United Kingdom. There is a need for harmony that achieves the quid pro quo for which the patent system is known. 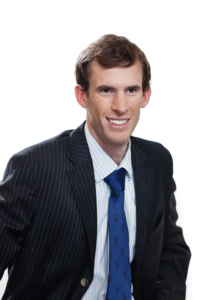 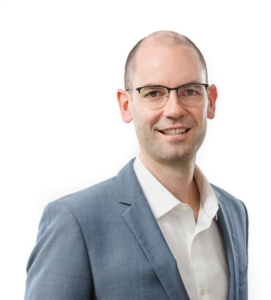